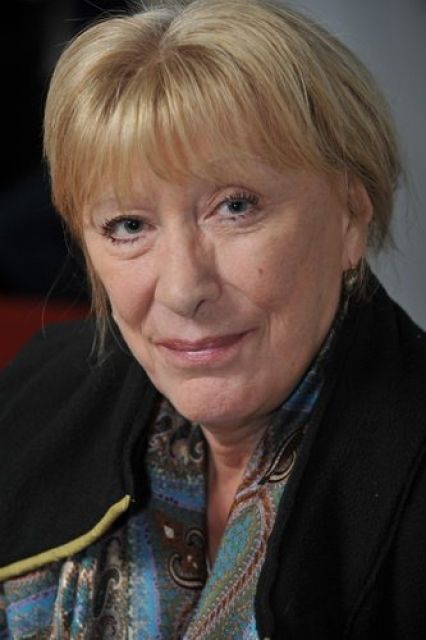 She was born on August 15, 1945 in Moscow in the family of the famous poet Sergei Vasilyev.

In 1962, Ekaterina Vasilieva entered VGIK (workshop of V.V. Belokurov). Director Sergei Solovyov, who also studied at VGIK then, recalls: "Katya was very young, very tall, very slim, very red, with bangs," Shipka "cigarette in her mouth and with a genius, absolute, so far I have never seen in women freedom. She was free in everything, she didn’t even need to show it. She just had to go into the room or even just sit, as it became clear that this is a completely liberated, originally free man. "

Sergey Solovyov became the first husband of Ekaterina Vasilyeva. Like many actors, Vasilieva, while still a student, starred in her first film. It was a small role in the film novel "On Tomorrow Street" (1965). In 1967, Vasilyeva graduated from VGIK and got a job in the theater. M.N. Ermolova, in which she worked until 1970. After graduation, Ekaterina Vasilyeva played her first major film roles: “Soldier and Queen” (1968), “Adam and Hewa” (1969).

In 1970, Vasilyeva went to work in the Sovremennik Theater, on the stage of which she performed until 1973. By this time she had married the playwright M. Roshchin for the second time. But the family idyll did not last long, after the birth of his son Dmitry (1973), the couple separated. Since 1973, Ekaterina Vasilyeva - actress of the Moscow Art Theater. Roles: prosecutor (“The Wagon” by N. A. Pavlova), Margarita Khevistavi (“The Collapse” by M. Javakhishvili), Irina Minelli (“The Toast” by A. M. Galina), etc.

The most revealed talent of the actress in the 70s. Filmmakers quickly discerned her talent and began to invite the actress to both comedic and dramatic roles. And she did everything perfectly. Ekaterina Vasilyeva played many vivid, memorable roles in the movie, despite the fact that most often these were supporting roles, such as the ataman Tulchinskaya from the movie Bumbarash (1971), the person on duty in the comedy Taimyr Calls You (1970) or Anais in the musical comedy The Straw Hat (1975). Among other roles, the images of modern women stand out: “The woodpecker doesn’t have a headache” (1975), “The key without the right to transfer” (1977), “Rescuer” (1980), “Late dates” (1980). One of the best works of the actress was the role of Emilia in the tale "An Ordinary Miracle" (1978). In 1987, she was awarded the title of People's Artist of the RSFSR. In 1989, Vasilyeva starred in the tragedy of Mikhail Kozakov's “Lady's Visit”, creating the image of millionaire Claire Tsakhanasyan, who returned thirty years later to her native impoverished city to redeem her beloved who had once betrayed her.

So unexpected was the decision of Ekaterina Vasilyeva in 1993 to leave both the stage and the cinema. Since this year, Ekaterina Sergeevna has been working as treasurer in the Moscow church of Sofia, the Wisdom of God.

In 1997, Vasilyeva returned to the cinema, playing in the television series “Queen Margot” and “Countess de Monsoro” Queen Maria Medici. And the next year, she appeared in Valery Priyemykhov's film "Who, If Not Us" (1998). In 2000, Ekaterina Sergeyevna starred in Oleg Yankovsky’s melodrama Come Come Look at Me. In the same year, Oleg Menshikov invited Ekaterina Vasilyeva to one of the roles in the film "Woe from Wit." She rarely appears in films, she continues to work as a treasurer in the temple.

Ekaterina Vasilyeva herself calls herself first of all the mother of the priest - Dmitry Roshchin, and only the second - the actress. Ekaterina Vasilyeva lives in Moscow with a large family - a son with his wife and four grandchildren.