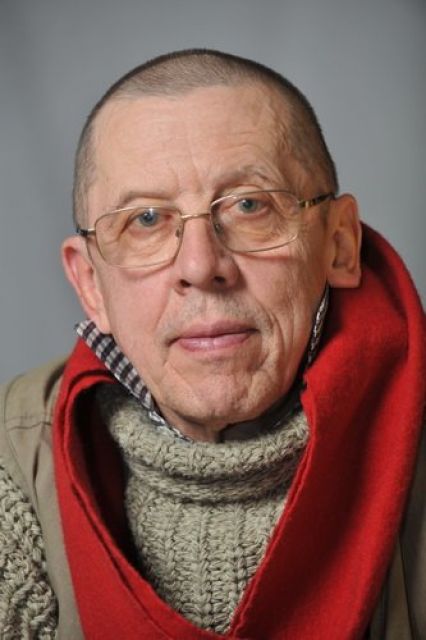 Born in the Altai village Bystryy istok in the family of the collective farm chairman.

At seven years old, a misfortune happened to him - Valery fell out of a window on the second floor and severely hurt his knee. Help was not immediately provided to him, and besides, it was wrong. From hip to ankle, the boy was chained in plaster. Fortunately, lice appeared under this shell, and Valery combed the tumor with a pencil. Gypsum had to be removed, and on time, otherwise he would have remained a cripple for life.

Valery was taken to a sanatorium where he was diagnosed with bone tuberculosis and announced that he would never walk on his own. The boy had a hard time. Until the eighth grade, he hobbled on crutches. It happened that the surrounding boys teased him, but Valery did not pay attention to them (or pretended not to pay).

Despite such a mutilation, the boy dreamed that someday he would become an artist. Valery Sergeyevich recalls: “I always had a feeling of happy self-confidence, I could not even admit that I would not achieve what I had planned. And I dreamed neither more nor less, but to become an artist. But I did not understand then that with my injury it is impossible, therefore, probably, I got my way. I remember that I was still very young, my mother went into the field to work, I tied my foot to the threshold so that I would not creep away. And I sang songs. People passed by: who pours milk, who gives a piece of bread - so I have been earning acting since childhood. Later, the sister said: “To be you or a great artist or a great drunkard” - this is to the fact that, returning from the sanatorium, I surprised my family by simply waved a glass of wine - that I have wine if I have been treated with bitter calcium for so long and fish oil. "

Valery Semenovich still lives with his second wife Tamara. Although rumors of his love passions are circulating to this day.

The youngest son Zolotukhin Sergey became a priest. He has four children. Valery Semenovich practically does not communicate with his eldest son Denis. “After all, I left when he was ten years old. And here I can only say good things about Lena Filatov, I am grateful to him for many things, including for raising my son. He taught him to read, did a lot of useful things for his development. Lenka is a decent man and a good educator, ”says Valery Semenovich.

Valery Semenovich himself is also a believer. He takes part in Orthodox projects (“Christmas Stories”), with his direct participation a church was built in Altai.