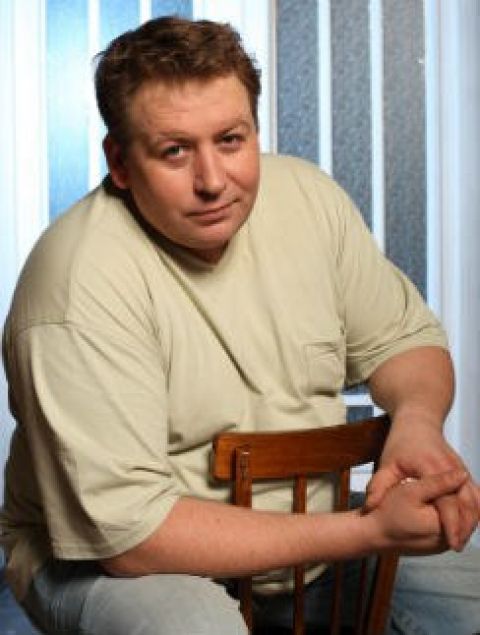 Honored Artist of the Republic of Mordovia (2014).

He made his debut on stage at school - he played the stepmother’s daughter in Cinderella and received a prize for this role. He graduated from school with a silver medal in the village of Staroe Shaigovo, where grandmother Anastasia Fedorovna, honored teacher lived. He entered the Saransk College of Culture at the faculty of directing cultural events. Then he studied at the Moscow Institute of Contemporary Art. On the fourth attempt, he entered the Shchukin Theater School, which he graduated in 1998 (course of E. V. Knyazev), and became an actor of the Gogol Theater.

Since 1999 - actor of the "Factory of theatrical events" M. Gorevogo. Since 2001, he worked in the theater under the direction of Armen Dzhigarkhanyan. In 2009 he was admitted to the troupe of the Art Theater. A.P. Chekhov. Actively acts in films and television series.

Since 1995, starred in the movie. The fame was brought to the role of Tolya Pistoreyeva, nicknamed "The Bomb" in the 2000 film DMB and its subsequent sequels. The success was reinforced by the roles of Misha Dotsenko in the television series Kamenskaya and the role of Leni Voronin in the sitcom Voronins. In 2012, significant roles followed in the films Metro and 1812: Ulan Ballad.

In 2010, he organized the festival of children's and youth art “Viva”. September 25, 2015, the actor took part in the theatrical online readings of the works of A. P. Chekhov "Chekhov Alive."

In an interview with the Metro Moscow correspondent, Stanislav spoke of the character he voiced from the full-length animated film “Ralph”: “Of course, Ralph is a ruin-break, but it’s actually a vulnerable and delicate soul. Today we forget about such things as friendship, love, selflessness, about other such things that were previously projected onto youth in Soviet times. And this cartoon ... will teach the younger generation such things as air. ”