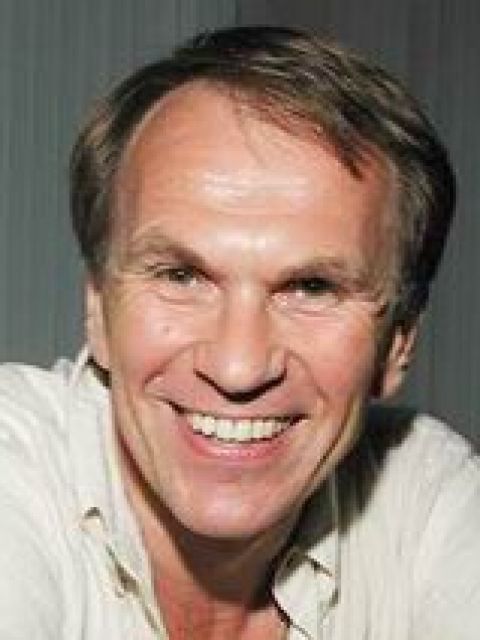 Laureate of the State Prize of the Russian Federation for the role of Nikita Goloshchekin in the series "Border. Taiga novel" (2002)

Alexey Guskov was born on May 20, 1958 in Poland in the city of Brzeg in the family of a military pilot. He lived in Poland until the age of six, and then his family moved to Kiev. When Alex was 7 years old, his father died "in the line of duty." Aleksei Gennadievich recalls: “I lost my father early, at the age of seven. They hid from me that he was dead, but I found a funeral telegram. I remember exactly that I was dancing through tears because I read:“ ... tragically died. "And this letter" a "fell, and I was so offended! ..". Mom tried to make sure that the family did not need anything, and the son did not have the feeling of an inferior family. “We always celebrated holidays,” says Alexei Guskov. “We often traveled to Arkhangelsk. I’m from the roots of Pomors, my parents and dads and mothers lived there. Recently I was at the Arkhangelsk festival“ Flashes ”and I found my family tree in the museum church books. " Since childhood, Alex grew up physically strong boy. He studied at the football school, then he was fond of weightlifting, rowing, basketball.

For the first time, Alex thought about the acting profession in the ninth grade. He recalls: “A mathematician, a very theatrical woman, said so:“ Alexey, you have a good texture. ”I even lurked:“ What is it - a texture? ”And then she said:“ You could try to enter a theater university. ” That’s all. But it’s also somewhere sunk ... " Mom reacted calmly to the choice of her son. She generally tried not to push her son to choose a particular profession, acted on the principle of "Respect the choice of children." As the actor himself says, “Mom, I remember, once, when I was already in ninth grade, I said this phrase:“ Son, first get a PROFESSION, and then go to the theater. ”But that was not disrespect, but ... in general , understanding the instability of this case, acting. "

After graduating from school, Alex went to Moscow, where he entered the Bauman MVTU. He studied there for four years, while simultaneously studying at the student theater. At that time, theatrical Moscow was extremely rich in premieres - "Solo for a Watch with a Fight" and "Serso" by Anatoly Vasiliev, "Don Juan" and "The Marriage" of Efros. Alexei, impressed by the performances he saw and, especially, the wonderful actor Alexei Petrenko seen on the stage of the game, decided to quit his studies at the Baumansky School and change his profession. In 1979, he applied to the Moscow Art Theater School and entered the first time.

Alexey was enrolled in the course of V. Monyukov. The actor responds warmly about his teachers: “I had wonderful teachers: Oleg Efremov, Evgeny Evstigneev, Kira Golovko, Sofya Pilyavskaya. I consider myself an actor of the Moscow Art Theater. Stanislavsky says that you need to go from yourself, from your feelings, from your grievances, from your joys, from what you have experienced in life, what you know, so as not to lie. But the second part of his words is: “From myself and as far as possible.” I try to go further to create, fashion the image. "

After graduating from the Moscow Art Theater School in 1983, Alexei Guskov came to the Moscow Drama Theater. A.S. Pushkin. He played the first role in the play "I am a Woman" based on the play by Victor Merezhko. His hero was in love with the main character, played by Vera Alentova. In 1986, Alexei Guskov moved to the Theater on Malaya Bronnaya. In the same year he wrote the play "In the Forest" based on the works of Leonid Andreev, on which the play was staged. Then Guskov worked in the theater "Detective" (1988-1991), Theater. N.V. Gogol (1991-1994). In 1994, the actor returned to the Moscow Drama Theater. A.S. Pushkin, where he began his career. And since 2003 he has been working at the Moscow Art Theater. Chekhov. Why did the actor change his place of work so often? Alexei Gennadievich explains it this way: “I had periods when I ran to other theaters. I could not sit and wait for roles. For the actor, the lack of demand is fatal. In my opinion, Alexander Kalyagin once said in an interview that when he started to think about to other things, such as cutlets, the profession ended. There was a sense of meaninglessness. And you can neither work nor live with this feeling. I did not want to think about cutlets on the stage. And if I didn’t get a decent job in my theater, I left. "

Almost simultaneously with his debut in the theater, Alexei Guskov made his film debut, playing in the melodrama of Ilya Frez "The personal file of Judge Ivanova" (1985). And the first big work in the cinema was the role in Natalia Kirakozova's drama “Wild Beach” (1990). A year later, the detective psychological drama "Wolfhound" was released, where Alexei Guskov played the bandit Shurik Volkov. This film for some time secured the role of a bandit for Guskov, which did not suit the actor at all.

In 1995, Aleksey Guskov once again played a bandit in the Russian-Polish Western Marek Nowitzki's “Golden Bottom”, after which he left the cinema for three years. Aleksei Gennadievich recalls: “From the 95th to the 98th I didn’t act at all. I was finished off by one Polish director. A good director, I won’t call him, but I played another typical bandit. After Wolfhound I couldn’t get out from this role. So, he asked me: make the “whore” more terrible. I say: “Do not need any more terrible.” Well, probably, I already have some kind of crisis of the genre, a dead end. “Russian culture, I say, it’s already if it scares, then not a terrible jaw after all. This should be connected with the soul, with the torment of the hero. "And he says:" Nothing, don’t have to suffer, we have an action movie here, and you have such, such, well ... " “Well, yes, I know that if I make her scary, the children will be scared.” And he: “Well, I don’t need anything else!” “Unfortunately, I reply, I need it.” But the picture turned out nothing, action movie - it’s often shown. "

In 1998, Alexei Guskov returned to the cinema, starring in the psychological thriller George Shengelia "Classic". “I only began in '98 to understand that in cinema you can create an image just like in a theater. I realized that in cinema you can leave your psychophysical data and not wear a face from one film to another. I saw that I can do this, and it became extremely interesting for me to work in the cinema, "says the actor.

In 2000, Alexander Mitta's serial film “The Border. Taiga novel” was released on the screens of the country. Alexey Guskov played in this film border guard officer Nikita Goloshchekina. It would seem a simple plot - Ivan Goloshchekin’s best friend falls in love with his wife, charming doctor Marina. But the thing is happening in a small garrison on the border with China. Serious passions flare up ... Thanks to the delightful game of Alexei Guskov, his negative character Nikita Goloshchekin for many has become even more attractive than the positive characters of Marat Basharov and Mikhail Efremov. With the release of the film, leading actors Alexei Guskov, Olga Budina, Marat Basharov and others in an instant became unusually popular and popularly loved. In the wake of popularity, the film by George Shengelia based on the story of Ivan Okhlobystin "The Garbage Man" was released, where Alexei Guskov played the main role - a man who put an end to his former profession as a killer, moved from the capital to the province (filming took place in Yaroslavl) and began working as a janitor. “What I was most interested in in this story was that the main person in the city was the person who removes the garbage,” the actor says. “Probably, this is so. Imagine what would happen to us if we had dirt on the streets "The attitude of those around them is corresponding to my hero. He is part of the urban elite. The mayor talks to him, the city’s chief banker greets. And this is not due to his frightening past."

It must be said that the director had a plan to star in undisclosed actors. Guskov was like that when he starred in the adventurous drama from the life of billiards “Classic”, but after the release of “Borders ...” the whole country already knew him. George Shengelia even quarreled with Guskov about this: did he draw on cheap serial fame?

In recent years, Alexey Guskov has acted in film a lot and interestingly.

In 2003, viewers saw him as the receiver of scrap metal Prokhorov in the TV series "Plot." And in 2005, the Russian-Austrian film "Ragin" was released on the screens - a free fantasy on the theme of Chekhov's "Chamber No. 6" of the young but already held theater director Kirill Serebrennikov. Alexei Guskov, talking about the film, repeatedly emphasizes that he was shot according to the original script. “Chekhov describes the tragedy of one person. We tried to create a film whose idea is to show the origins of all three Russian revolutions,” says Alexei Guskov. “While Chekhov’s patients and minor heroes are depicted quite schematically, here they represent all layers of that bourgeois Russia, and Ragin himself is a symbol of the degradation of the Russian spirit. "