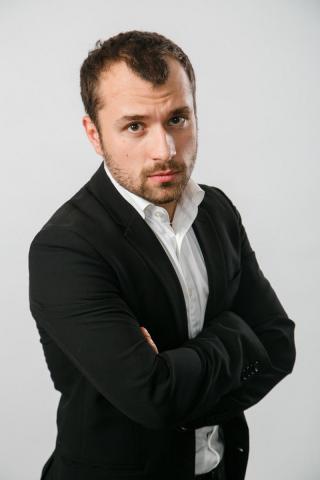 In 2007 he graduated from the Trinity School in Chekhov. Graduated from RATI-GITIS (2012, course of V.A. Andreev).

The host of the program “Let's go to the cinema!” On the channel “Carousel”.

A young Russian actor, familiar to viewers with comedy roles in the series “Happy Together” and “Eighties.” Alexander has a great sense of humor, the actor participates in entertaining television programs. Since 2012, the actor began to play in the theater, gradually coming to the fore in productions.

In 2016, Alexander played the main elfologist in the interactive children's play “Watch Out, Elves!” On the stage of the Theater of Nations.

In 2017, Yakin embodied on the stage the image of Vanya Kudryash in the production of Thunderstorm, an adaptation of Ostrovsky's play Thunderstorm.