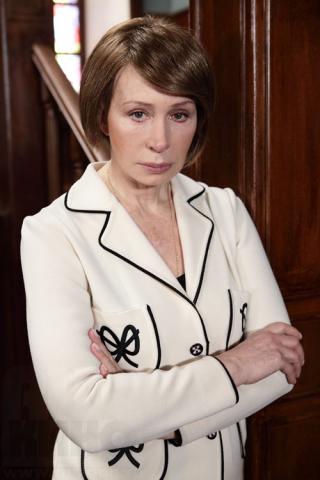 The debut on the stage is the role of the clown Buk in the play “Pippi Longstocking” based on the fairy tale by Astrid Lindgren.

In 1990, in the role of Ranevskaya in the play "The Cherry Orchard" she participated in the first Russian entreprise of director Leonid Trushkin.

She took part in the production of Orestei, where, at the invitation of the famous German master Peter Stein, she played the role of Clytemnestra.