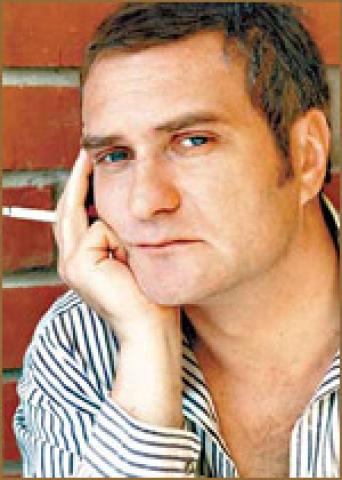 Alexander was born on December 6, 1958 in Moscow in the family of a regular soldier. After some time, when the boy grew up a bit, the Baluev family moved from the Kotelnicheskaya embankment area to Smolensk, where his childhood passed, the same as most children of that time.

The father did not believe that something would come out of his son. However, Alexander's adolescent maximalism helped him prove to his parents that they were wrong, and that something sensible would come out of him. Alexander himself wanted to be an athlete. He played hockey well and dreamed of achieving great heights in this field, but soon left this venture, deciding to try himself on a financial field. I tried ... I didn’t like it, however, like the fact that my father, Nikolai Mikhailovich, predicted his son’s future military officer in his own image and likeness, but the army’s way of life was all the more foreign to the young man. And only my mother's passion for theater, opera and ballet carried Alexander so much that at the end of school he decided to become an artist.

After working for a whole year as a lighting assistant at Mosfilm, after an unsuccessful attempt to enter the Shchukin school, Alexander was admitted to the Moscow Art Theater School for the course of P.V. Massalsky and I.M. Tarkhanov, where in 1980 he successfully completed his studies.

Several theaters immediately offer work to Alexander, but the upcoming service in the armed forces stopped his choice at the Theater of the Soviet Army, and L. Kasatkina and F. Chekhankov after watching the diploma performance with his participation, only confirmed Alexander’s desire to serve in this theater. With such stage productions as “Clock without hands”, “Lady with camellias”, the theatrical career of Alexander Baluev began.

In 1987, Alexander transferred to Valery Fokin at the Yermolova Theater, where, playing the main roles in the performances: "Second Year of Freedom", "Snow, not far from the prison", "Caligula", he continued his theatrical activities. But Alexander’s unwillingness to be attached to one theater and one director makes him leave Yermolovsky in the late 80s.

Therefore, now Baluyev can only be seen in enterprises, where, according to him, he works for his own pleasure. And as confirmation of this - the highest class of Baluev’s game in the best entreprise of the late 90’s “People and Mice”. Where the director of the play M. Gorevoy discovered and showed all the acting potential of Baluev, which R. Viktyuk could not even achieve when Alexander played in his production of "Autumn Violins". But this is not Baluev’s only experience with an unconventional director. One of the latter is the role of Trigorin in the avant-garde play "Experience in mastering the play" The Seagull "by the system of Stanislavsky" A. Zholdak. It is not surprising that Alexander agreed to this role, because He was always interested in working with directors distant from reality.

This was also A. Kaydanovsky - Baluev’s “godfather” in great cinema, who shot him in his film “The Kerosene Wife”, a genre of which critics defined as a surreal drama. Kaydanovsky gave much to Alexander in the understanding of cinema. And then there were the “Muslim” V.Khotinenko, where Baluev’s game was awarded the “Nika” and “Kinotavr” awards for the best supporting role; and "Mu-Mu" by Yu. Grymov; and "Midlife Crisis" by I. Sukachev.

By the way, the film “Mu-Mu” (1998), where Baluev played the main role, and his partners on the set were Lyudmila Maksakova and Irina Apeksimova, was remembered by Alexander by the unusual character of his character: “For me, the greatest happiness is to be silent on the screen. And if through silence you still manage to convey something, in my opinion, this is the highest class for any artist. " According to the director, he deliberately "was too cold with him (Baluyev). As a result, in his eyes read a completely definite detachment - that isolation of a dumb person from the world, which I sought."

Alexander was appreciated as a professional, but the real fame came to Baluyev only after he was received by Hollywood, and the films with his participation “Peacemaker” and “Clash with the Abyss” by M. Leder were very successful in our video distribution.

And now Baluev is one of the most removed actors. After all, his acting range is wide, with such an appearance as Baluev’s, it turns out that you can play not only the heroes of “killer films”. In the arsenal of his works there are completely different roles, there is even a comedic start, which was manifested during the filming of "The Perfect Couple" by A. Surikova, and maybe even earlier, when in 1993 I. Shevchenko invited Alexander to one of the main roles in his picture " Swoop ", where he made his debut as a comedian. In the characters of his heroes, Baluev is always looking for non-standard moves, and even if they do not cause sympathy, which is rare, then interest is for sure!

E. Konchalovsky worked with him in The Recluse and Antikiller; A. Zeldovich - in “Moscow”, M. Ptashuk - in “August 44th” ... And the main roles in the series “Kamenskaya” by Y. Moroz, “Maroseyka 12”, “Nina. Payback for Love” by V. Uskov and V. Krasnopolsky, "Special Forces" A.Malyukova brought Alexander a truly popular audience love, which they always valued more than assigning titles for his services.

Nevertheless, the directors after the success of "Peacemaker" increasingly began to exploit the talent of the actor extremely one-sided. From film to film, he was offered only the roles of the military - white and red, noble Soviet officers, courageous commandos and werewolves in general uniforms. After the series “The Death of the Empire” (2005), where he was headquarters captain, 46-year-old Baluev, realizing the danger of self-replication, loudly announced: this is his last military role: “I have never been eager for the military, it was they who found me. They say "The uniform sits well on me, but it’s strange for me to hear that, because I’m big, a little stooped, not slim."

Despite the image of a cool superhero and playboy created by him on the screen, Alexander is a soft and kind-hearted person (albeit very emotional), he is also one-man - he is married, he loves his wife Maria and children very much. He met his wife, a Polish girl, in the resort town of Koktebel (Crimea), where Alexander starred in the film “Richard the Lionheart”, and she was resting. Wife of Alexander Baluev - a former journalist, wrote on medical topics. But recently, she has moved away from journalism.

Alexander Baluyev often has to fly on the Moscow-Warsaw route, but he does not consider this a serious problem: “It’s not so difficult. I have one house in Warsaw, the second one near Moscow. Since my wife is Polish, I’m not going to change my citizenship - For some time we live together, some - apart: I go to the shooting, she goes about her business. Sometimes these trips are tiring, but in fact there is nothing to worry about. We are only 1300 kilometers apart - this is not so much , a night's drive. But by air it’s generally two hours, from Moscow to Yekaterinburg. looking so hard to live. Well, yes, and it is difficult to me, and it is difficult. But two loving people cope with these difficulties".