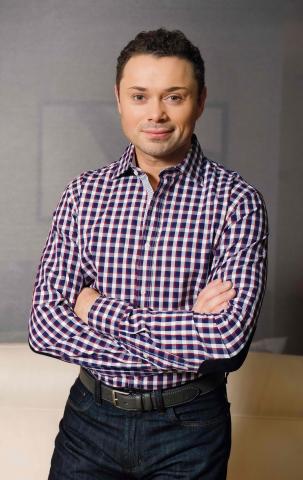 Born on September 19, 1972 in the city of New Kakhovka, Kherson Oblast, Ukrainian SSR.

In his school years he participated in contests of readers and amateur theaters, studied in a clown group, staged performances.

In 1989 he entered the Leningrad State Institute of Theater, Music and Cinematography (later - SPbGATI, St. Petersburg State Academy of Theater Arts). N.K. Cherkasov on the course of A.D. Andreeva.

In 1991 (starting from the 3rd year of the Theater Academy) - 1995 - actor of the St. Petersburg Theater of Young Spectators named after A.A. Bryantseva. In 1997-1998 - participated in theatrical projects in Moscow, worked abroad, entered the graduate school of St. Petersburg State Polytechnic Institute at the department of stage movement.

Since 1998 - actor of the Bolshoi Drama Theater. G.A. Tovstonogova, St. Petersburg. Since 1999, collaborates with the St. Petersburg Theater "Russian Entreprise". A. Mironova: the main roles in the performances "Portrait of Dorian Gray" by V. Furman (1999) and "My Parisian" by E. Romanov (2002).

Since 2000, she is an assistant teacher at the Department of the Stage Movement of SPGATI.