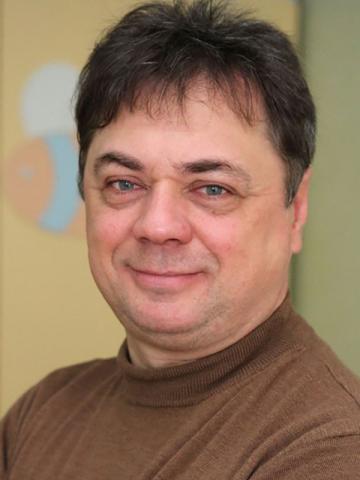 Soviet and Russian film and theater actor, performer of the role of Sergei Alekseevich Vasnetsov in the rating sitcom “Daddy's daughters”.

In 1980 he graduated from the Higher Theater School named after B.V. Schukin (course A.A. Kazan).

Since 1980 - in the troupe of the Moscow Theater of the Lenin Komsomol Theater (now - "Lenkom").