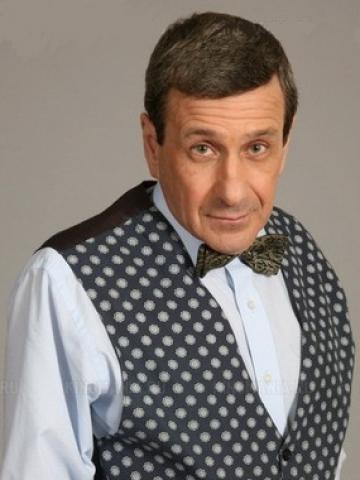 Honored Artist of the Russian Federation (1999).

Boris Smolkin dreamed of becoming an artist from a young age. Therefore, after graduating from the physics and mathematics school at Leningrad University, he decided to enter the theater institute. He already had classes in the theater group of actor Ilya Reznik (later a famous poet). But the first attempt was unsuccessful: they did not take him into the actors ...

Having failed, Smolkin enters the Faculty of Chemistry of the Leningrad State University, however, a year later he again goes to the theater. Boris again fails the exams at the "Drama and Film Actor" department. However, after hearing his singing, Smolkin is still credited, but to another faculty - musical comedy.

In 1972, after graduating from the Leningrad Institute of Theater, Music and Cinematography, Smolkin became an actor of the Leningrad Theater of Musical Comedy. For some time he worked in other Leningrad theaters - Drama Theater. Pushkin (Aleksandrinsky), the Akimov Comedy Theater, but then returned to the theater of musical comedy (in 2008, the actor left the theater because of his busyness).

In the 80s - the captain of the city’s theater team, which included Andrei Urgant, Andrei Krasko, Andrei Maksimkov, Arkady Koval. A regular participant in theatrical "skits". The host of the program "Television" on Leningrad TV.

Boris Smolkin received popular popularity after the release of the TV series “My Fair Nanny,” where he played the role of Konstantin’s butler. Speaking about this role, Smolkin emphasizes that such a character plays for the first time. “He is not in Russia, was not, and cannot be. Judging by the laws of pop, my character is most likely a gloomy clown, ”says the actor.