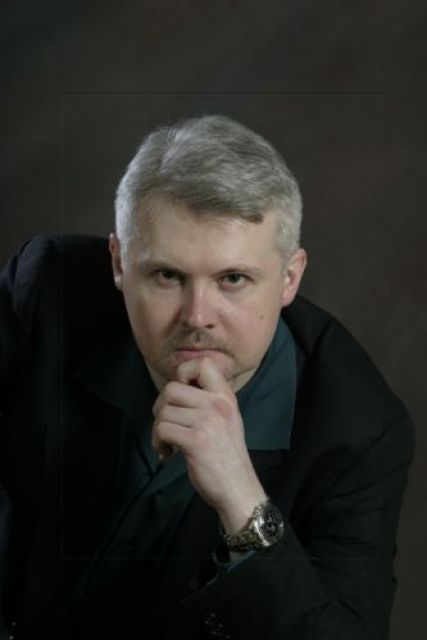 The actor’s son Vyacheslav Nevinny, or as he is also called - Innocent Jr. is the son of the outstanding actor of theater and cinema, People's Artist of the USSR Vyacheslav Mikhailovich Nevinny (“It can’t be!”, “Old New Year”, “Guest from the future”) and deserved Russian artists Nina Ivanovna Gulyaeva (“In the steppe silence”, “Now let it go”).

About his childhood, Innocent Jr. says: “To educate - educated, but never beat, that's for sure. My mother is a very gentle woman and a compromise. Perhaps the child I used her pliability. With dad, this number never rolled. I was not afraid of him, but I felt: he is the head of the family. He never cried, he will quietly utter a word - and everything, as he said, will be so. The only huge resentment of childhood: why do parents spend so little time with me? Now I understand perfectly well: it is simply impossible in a different way. Either you work, you give all your work to yourself, give all your best on the scene to the last drop, or no way. Passivity kills, life annoys, it's not like that. Therefore, I perfectly understand my father’s words: “Always work is a joy. Always work is a pleasure. Because I do the most wonderful thing in the world - the theater. " If you are an actor, you have no time for anything else. It simply cannot be.

The whole family on stage

Well, how, having such parents, choose a different path in life ?! Parents did not dissuade him, but honestly warned that acting was a very serious, difficult, and often ungrateful work. Vyacheslav wrapped it on his mustache and entered (well, where else ?!) at the Moscow Art Theater School for a course of V. Bogomolov.

In 1987 he graduated, and in 1991 he was accepted into the Moscow Art Theater troupe, where his parents shone. Is it easy to work with such a name in the theater? Once Vyacheslav admitted: “On the one hand, yes. I’m innocent. I can’t play through my sleeves, disgrace my father. It’s easy for me, because often I work with him in pairs. Amazing feeling! I remember myself as a child when I watched a performance with his participation and did not believe that it was my father. It was so good. And now I sometimes find myself thinking that I do not believe in the reality of what is happening. I didn’t even dare dream of such a thing: to be a real partner of my father. ”

Often on the stage they appeared with the whole family - Vyacheslav Jr., Vyacheslav Mikhailovich and Nina Ivanovna. The innocent junior was once asked: “How do you play with your parents on stage?”, To which he replied: “But I don’t see a problem. Playing with such artists is a pleasure. When we go on stage, we immediately forget who is who. The scene is an extraordinary space ... "

In addition to the Moscow Art Theater, Innocent Jr. was involved in the performances of the Sovremennik Theater: “Slap” (Harman), “Seventh Feat of Hercules” (Periclimen), “Shadow” (Shadow), “Che, Crazy What” (Gogol).

In the movie, Vyacheslav Innocent Jr. has not yet gained much success, and, in fact, Vyacheslav perfectly understands that he cannot reach his father's level. In his asset: the main roles in the parable “The Ship” (paired with Vladimir Zamansky) and in the adventurous melodrama “Don't Ask Me Anything” (with Juozas Budraitis and Nina Ruslanova), joint work with his father in the detective story “Killing the Witness”, the fairy tale film “The Wizard of the Emerald City” and the grotesque film “Career of Arturo Wu. A new version". But all these works remained there - in the 90s ...

Vyacheslav Innocent has not acted in films for a long time, preferring theater to cinema. All the same Moscow Art Theater. True, now without a father - Vyacheslav Mikhailovich, after a serious illness that took his legs, he had to say goodbye to the scene.

Among the latest works of Innocent Jr. in the Moscow Art Theater: “Everything is like people ...”, “Twelve angry men”, “Last day of summer”, “Tea ceremony”, “Jokers”.

Will the two daughters of Yvette (born in 1993) and Vasilisa (born in 2001) continue the acting dynasty? Vyacheslav Vyacheslavovich reflects on this subject: “Their acting genes are very strong. And if the choice of a profession takes place at the genetic level, then fighting is useless, because it’s like a disease. But it’s too early to speak seriously ... "