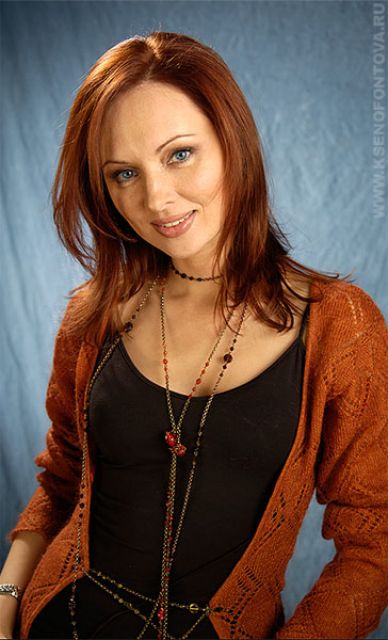 I was born in cold Kazakhstan. Why is it cold? Yes, because in the winter. Why in winter? ... In winter, this is inevitable, because the gift was made in the spring, that is, in March. Dad gave me to mom and for the rest of my life I watched with surprise and tenderness how dear to my mother this gift, how she takes care of it, “blows” dust particles. I LOVE MOM! For 32 years (information from 2005).

What do I remember from childhood? I remember my mother’s brocade shoes; her red wig; grandfathers "budenovskie" mustache; grandmother’s non-female hands, which always smelled of fresh milk; chewing gum of the factory "Rot Front"; seedlings that grandmother traded in the market; the book "Kazakh folk tales", where Baba Yaga was called "Zhalmaus Kampyr"; snotty friend of a Cossack; and constant trips to the commemoration of the grandmothers of deceased friends and acquaintances, of whom there were countless ... What was your dream? There have never been plans for a prince! I thought I wanted to become a doctor ... but not for long. Scared blood and a small percentage of celebrities. They liked ballerinas, but did not dream of a ballet career, since there was no ballet school in the city. The actress "sat" in the subcortex. The school was interested in history and literature. However, good (even too good) I studied in all other subjects. And it couldn’t be otherwise: remember, as in that joke: “Oh, girl, if you only knew how we were here ...”.

Thanks to my mother’s invincible desire to give me something that she wasn’t “given”, I was engaged in literally everything: painting, music (four classes of a music school in piano), sports (athletics), where I achieved quite serious results, language ... Stop! Here you need to stop in more detail. Since my mother’s plans included my admission either to MGIMO, or, at worst, to Moscow State University, I naturally should have known the language well. What’s good there, I should have known him. This was my mother’s first mistake. Neither numerous electives, nor tutors, nor my desire and zeal, helped me make friends with any language of the world, except Russian. BUT I LOVE MY MOM! And so I joke and sing in Ukrainian.

I loved History, and my mother forbade even thinking about the acting profession, and I decided that after leaving school I would enter the Historical and Archival Institute. But ... somehow spring came ... and behind it is love, and together they destroyed all our plans with mom. No, I did not get pregnant. I found out ... The actress “left” the subcortex. I became the winner of several contests of readers, organized a beauty contest and played Baba Yaga in the play by Leonid Filatov “About Fedot Sagittarius ...” in the school theater. Well, then ... Then you know everything. Well, ALMOST everything.

ALMOST four years have passed since graduation in 1990 until the actor’s acting group I. L. Reichelgauz entered the VGIK studio in 1994. What do I remember from ALMOST?

I remember a communal apartment on 3rd Monetchikovsky Lane (there lived cockroaches, in whose veins "blue" blood flowed, and woman Katya, who crushed them, cockroaches, with her own hands); I remember the savings bank, which I visited every month to buy one - the only lottery ticket (at that time I had no other way to get rich). I remember the theater - the studio "Time", which was led by N.R.Eshbo. There I played my first role on the professional stage in the play “The Snow Maiden” based on the play of the same name by A. Ostrovsky (by the way, about the role - it was the Snow Maiden herself). I remember the meeting before printing in the passport. ... I remember another seal. I remember a large room, and there are a lot of women, and they all eat black caviar, which my mother brought for me to eat, because the doctors said that I needed it; I remember how my head hurt (I hurt unbearably long), how my mother cried ... I LOVE MY MOM.

ALMOST - the time of the main test and close hopes. Year 1994. On the day of my enrollment, I was nearly hit by a car. And then I realized that everything will be ... well.