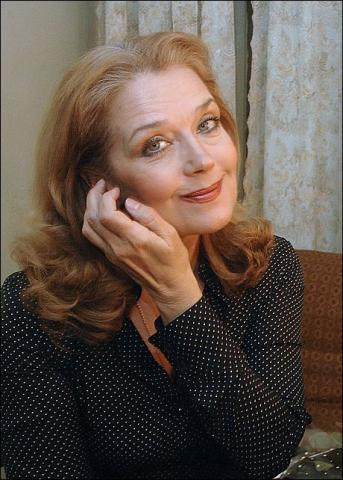 Her parents went through the Great Patriotic War from beginning to end and, having learned later, both became lawyers and lawyers. In the Novosibirsk Academgorodok, Irina played in an amateur theater. She studied at high school number 29 on the street. Oktyabrskaya, 89a. She graduated from high school number 170 on the street. New Year's Eve in the Kirovsky district of Novosibirsk.

After graduation, Irina Alferova flew to Moscow to enter the Institute of Theater Arts. At first, in the capital, she had to tight: after the first year she was nearly expelled for unsuitability. The course leader, Dudin, even said that she was very good-looking and, before it was too late, she should look for herself in some other profession. And all due to the fact that Irina could not depict in sketches what she did not feel. Love, for example.

Work in the cinema: During her fourth year at GITIS, she was invited to several troupes in Moscow at once. And then she got a surprisingly happy ticket - she got the role of Dasha in the epic "Walking through the agony." But the director Vasily Ordynsky set the condition: she would not play in the theater at the same time. Irina agreed. And for five years she lived only with her Dasha. The film was a success. Until now, her critics and the public have called her the best. Irina Alferova tells: “I had no practical experience yet; I studied professionalism on the set. When, after five years of shooting, I started playing in the theater, I could not understand why my tears were not visible in the hall. ”

In 1976, Alferova was invited to the Moscow Theater. Lenin Komsomol (since 1991 - Lenkom). In the 90s, the only noticeable work of Irina Alferova in the cinema was the role in the film "Ermak" (1996). In 1990, Irina Alferova starred in the video of Alexander Serov for the song "You Love Me." After the clip was released, the press began discussing the allegedly existing romance between Irina and Alexander. Alferova participated in the filming of the TV show "Marquise". In 2000, Irina Alferova, after a long break, starred in the Ukrainian film "Lost Paradise." In 2002, she played the wife of a French diplomat in the adventure Russian-French film "Fox Alice."

Work in the theater: For many years in Lenkom, Irina Alferova, who had already become famous throughout the country in “Walking through the agony,” got only minor minor roles and extras. All her life, Irina Alferova has been trying to prove that she is not just an attractive woman - Constance Bonacieux, but also a talented actress who, for some reason, has not been noticed for many years. Proves on the movie screen, proves, playing performances on the stage of the theater School of modern play and in the entreprise. At present, Alferova is still on the staff of Lenkoma, but she considers the School of Modern Play to be her main place of work. The theater’s performances are played by journalist Gordon, ballerina Semenyaka from the Bolshoi Theater, as well as actors Albert Filozov, Lev Durov and others. Alferova plays several performances there: “A man came to a woman”, “The Seagull”. Currently, Irina Alferova is one of the leading actresses at the School of the Modern Play theater.