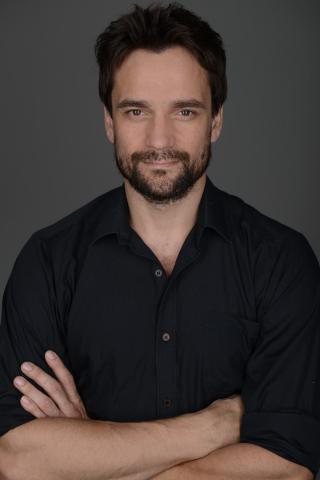 Once Dmitry went to Moscow, where during a walk he noticed an announcement about the enrollment of students in a theater studio. The guy went inside to see how the listening goes, and decided to try it himself. He read an excerpt from the play “My Hamlet” and was enrolled in the course of the Shchepkinsky Theater School.

After graduation, the actor collaborated with the theater on Basmannaya, where he served until 2005. Over the years, Dmitry Miller has played in several performances, and simultaneously began to appear in films.

The debut of Dmitry Miller on the screen took place in 2000 - the artist appeared in the popular television series "Turetsky March". He had to make his way to television in parallel with his service in the musical theater "On Basmannaya". In those years, the roles of the novice actor were episodic: in 2001, Dmitry starred in the TV series “Next”, and in 2002, in the film “Antikiller”. The following works were the roles in the series "Balzac Age, or All Men Are Their ... 2" and "Alexander Garden".

All-Russian popularity came to the actor only in 2007, when the full-length feature film by Oleg Ryaskov, “The Servant of the Sovereigns”, was released.