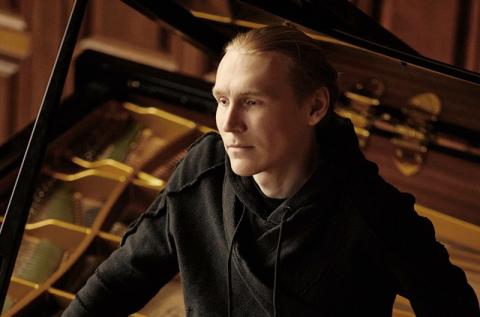 Born July 11, 1989 in Leningrad. In 2015, he graduated from the St. Petersburg Conservatory in piano (class of Professor Vladimir Polyakov).

Since 2010 - composer and pianist of the iamthemorning project, which received the Progressive Music Awards in the category "Best Album of the Year" in 2016.

since 2013 - member of the Orquesta Primavera ensemble, performing tango, who received the first prize at the international competition in Castelfidardo 2015 (Italy) in the World Music nomination. In April 2016, the ensemble also organized the first in Russia regular milonga with live music “Milonga la Primavera”

Since 2015, composes music for theatrical productions, including for the New Stage of the Alexandrinsky Theater, the Comedy Theater named after Akimov, Drama Theater. F. Volkova, as well as to the projection show Así es Michoacán (Mexico). He actively participates in concerts of contemporary music, performing many compositions for the first time in Russia, including Textures by Paul Lansky, 2x5 by Steve Reich, Tubular Bells II by Mike Oldfield, and others.

In 2018, Kscope released a solo album on the British label, in which the stars of world prog music - drummer Gavin Harrison (King Crimson, Porcupine Tree), musicians of the solo group Steven Wilson - bass player Nick Baggs and saxophonist Theo Travis, keyboard player Jordan took part in the recording Rudes (Dream Theater), vocalists Steve Hogarth (Marillion) and Mick Moss (Antimatter). The release brought the musician 15th place in the Top 50 rating of the British Prog magazine and getting on the short list of the British Progressive Music Awards in two categories - “Best Album of the Year” and “Best Foreign Artist of the Year”.

As part of the Eidolon project, he writes music for the exhibition of abstract works by the artist Arseny Blinov, which took place on the New Stage of the Alexandrinsky Theater. Participates in the recording of the albums of The Grand Astoria and the works of Dmitry Maksimachev.

In autumn 2018, he takes part in the composition “Prayers of the Dead” together with the Bi-2 group and Boris Grebenshchikov.

In 2019, following a readership vote, Prog magazine ranked first in the list of the best pianists / keyboardists of the year.

In the summer of 2019, she takes part as a composer in the project of Diana Vishneva, presenting music for the “Context Project” project.