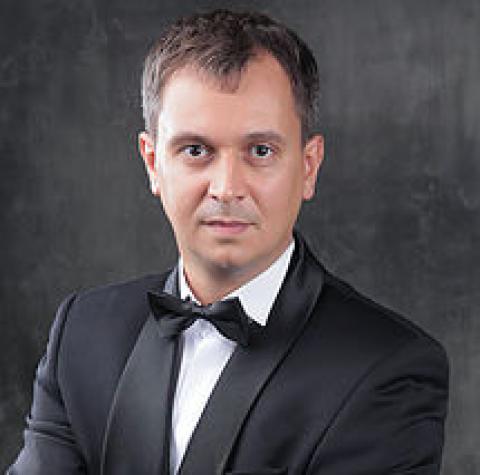 soloist of the St. Petersburg Opera Theater, participant in the project "Talents of the World", invited soloist of the Bolshoi Theater.

Born in 1979 in Perm. At eight years old, he was accepted into the children's choir of the Perm Academic Opera and Ballet Theater. Tchaikovsky.

He studied at a music school in flute class.

In 2001 he graduated from the St. Petersburg College of Music named after N. A. Rimsky-Korsakov (solo singing, class of E. M. Prokofiev)

In 2002 he was accepted into the troupe of the chamber musical theater "St. Petersburg Opera", as a soloist and vocalist.

In 2005 he entered the St. Petersburg State Conservatory. N. A. Rimsky-Korsakov at the vocal and directing faculty, department of solo singing.

In 2007 received a letter from the Ministry of Culture.

In 2009, he was nominated for the Golden Spotlight Award in the category Best Actor in the opera performance Don Giovanni directed by Yuri Alexandrov.

From 2011 to 2012, an artist of the youth program of the State Academic Bolshoi Theater of Russia

From 2012 to the present, guest soloist of the State Academic Bolshoi Theater of Russia

In 2016, he was nominated for the Golden Spotlight Award for his role as Belcore in Donizetti's opera Love Drink.

Since 2003 he has been touring with concert programs and performances from his repertoire to cities in Russia and also near and far abroad (Germany, Switzerland, Sweden, Finland, Poland)