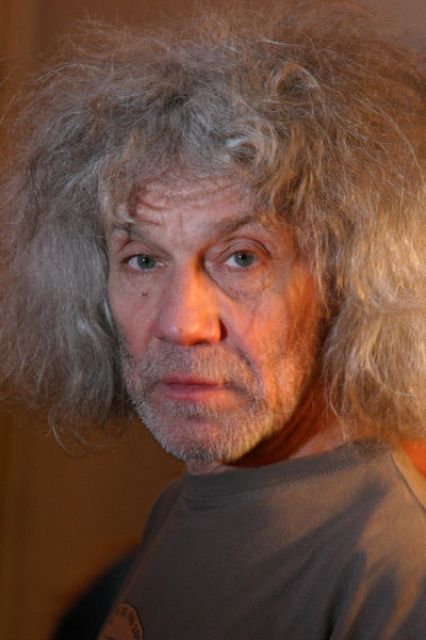 Parents of Alexander Lenkova Olga Dmitrievna and Sergey Sergeevich met in Moscow, where they came to study. Mom is from the small town of Rasskazovo, Taganrog region, and dad is from Taganrog itself. There was World War II, but the couple decided to have a baby. Olga Dmitrievna, at that time a student of the Moscow Pedagogical Institute, gave birth to a baby in her homeland, in Rasskazovo. Like, it’s calmer there. But already a month-old child, Sasha returned to the capital.

Sasha’s childhood passed in the post-war years. Communal. Seven families, one toilet for all. A kitchen where they prepare lunch dinners and wash children. And of course the courtyard with the indispensable "Cossack robbers", football, hide and seek. Everything is like everyone else.

Alexander’s dad, a rocket engineer, a secret worker, worked all his life under the stamp of “not to leave the house”. Mom taught higher mathematics at school. And who would have thought that their son would grow up and become an artist ...

It all started from school. More precisely from its location. The fact is that the school in which Sasha studied was located next to the theater. Moscow City Council. When Sasha was in fourth grade, the director of the Moscow City Council Theater Inna Alexandrovna Dankman came to their school. She was looking for a boy for the play "Third-year students." Her choice fell on Sasha Lenkova. Sasha by that time already had his first theatrical experience - in the first grade he played the Snow Maiden in a school play. Now a real scene awaited him. First, he appeared as the son of a cleaning lady in the play "Third-year Student", and then - as the son of a millionaire in The Theft.

Sasha Lenkov transferred his love for the theater to the courtyard, where he was not called “Sasha-Artist”. The boy arranged a puppet show for the children - a blanket was stretched, and the guys played plays.

However, Alexander was not going to become an actor at all. Most of all, he wanted to become a documentary filmmaker. Then it seemed to him that there was no more romantic profession than this in the world. With the money earned, Sasha bought a movie camera and shot friends, school, and cartoons. All its products came out under the brand name of the Lenfilm film studio. The father was skeptical of his son's dreams. In his opinion, in order to become an operator, one needs to study well, and with this, Sasha did not care. Especially in high school.

At the end of school, Alexander was at a loss. Where to go? Maybe in VGIK? And then father advised - what to think, in the Moscow Soviet Theater recruitment began in Zavadsky’s studio, and Sasha was almost like a native there! It is worth noting that Alexander was very lucky. Zavadsky very rarely recruited students. Once every 10-15 years - only when the Moscow Soviet Theater needed a young replenishment. And such a chance!

It was here, in Zavadsky’s studio, that Alexander Lenkov finally realized how interesting the profession of an actor was. And what guys studied with him! Margarita Terekhova, Yuri Kuzmenkov, Elena Kozelkova. All of them subsequently became famous actors. And then - then they dreamed of creating their own youth theater. Unfortunately, nothing came of this idea - at that time the creation of new teams was not welcomed in the Soviet Union ...

While studying in the studio Zavadsky there were changes in the personal life of Alexander Lenkov. In his second year, he got married. He was familiar with Elena yet ... from the fifth grade. Once, a twelve-year-old boy was invited by a girl to his birthday. There, Sasha met her younger sister Lena. How then could he have imagined that less than ten years will pass and they will become husband and wife ...

In 1964, Alexander graduated from the studio Zavadsky, and was accepted into the troupe of the theater. Moscow City Council, where it works to this day.

Over the years, he played many different roles, including: Jacques (“Edith Piaf” by V. Legentov), ​​Vasily Terkin (“Vasily Terkin” by A. Twardowski), Locke (“Bee” by A. Frances), Roger Tramplein ( “The Noise Behind the Scene” by M. Frein), Dorn (“The Seagull” by A. Chekhov), Madame Plyush (“They Don't Joke with Love” by A. De Musset), Sir Toby (“The Twelfth Night” by W. Shakespeare).

His game is distinguished by the accuracy and expressiveness of the plastic pattern, the combination of an eccentric shape with the organics of living and subtle psychologism. Short, thin, plastic, Alexander Lenkov amazes the audience with constant reincarnations and unexpected twists in the behavior of his heroes.

Among the latest works of the actor at the price of the theater. Moscow City Council: Zyuzyukin in the play "Men on the Weekends", Matvey - "Silver Age", Belardo - "Dance Teacher", Fessar - "Do not Wake Madame."

In addition, Alexander Lenkov takes part in performances of other theaters. In the Confederation of Theater Unions, he played the Holy Fool and Father Misail in the play “Boris Godunov” (directed by D. Donnelan), and took part in the play “A is Different” directed by O. Subbotina at the Center for Drama and Directing.

They say that a talented person, talented in different fields. This postulate is fully suitable for Alexander Lenkov. Even during rehearsals of the final performance in Zavadsky's studio, he was attracted by the teacher from the Bolshoi Theater, Yevgenia Gerasimovna Farman, who was studying with students. The young actor, who had unique plastic, managed a very difficult jump with hovering. Evgenia Gerasimovna suggested, before it was too late, to change his profession, promising a bright ballet biography. But Alexander was already truly “sick” with the theater.

Later, in the mid-70s, when Alexander Lenkov was already an ather of the Moscow City Council Theater, he was quite seriously offered to go to the circus - to work in the genre of theatrical and dramatic clowning. And in this form of art, he probably would have succeeded. But this time, the actor remained faithful to the theater.

In the movie, Alexander Lenkov did not act so much. And, nevertheless, the whole country knows him. The characters he created, strange, eccentric people, whose actions are not always clear to those around him, always attracted attention, whether it was a janitor-wizard from the children's film “The Adventures of Petrov and Vasechkin”, or Alyosha from the film “Solo for an Elephant and Orchestra”.

Millions of people remember and love the actor by the role of Pope Denis Korablev in the film “Secret to the Whole World”. Well, how can, for example, forget an episode when they, together with Denis, are trying to cook chicken!

The directors enjoyed the comedic talent of the actor with pleasure. Therefore, among the works of Alexander Lenkov, mainly comedies (“Spring Chores”, “Give a Pitiful Book”, “Keys to Heaven”, “Talking Monkey”) or children's films (“Black and White Magic”, “Children in the Universe”, “Secret of Snowy” queens").

No less convincing is Alexander Lenkov in paintings of other genres. Vivid images of awkward, groomed single men were created by the actor in the melodrama Winter Cherry and the drama Little Faith. Lenkov himself admits that he loves “Winter Cherry” very much: “I remember how we worked with the director Igor Fedorovich Maslennikov, first came up with the appearance of my Veniamin - an uncle with a tube in his hands, it's almost a biography. Then the episode, when he comes to the heroine with home slippers to settle, is another dash, and they collected it in detail. ”

Alexander Lenkov devoted many years to work on the radio and in animation. His extraordinary, unique voice is as if created for voicing fabulous characters. He did not leave this activity with the advent of Disney cartoons on our screens. In the voice of Alexander Lenkov, for example, Piglet spoke in the series about Winnie the Pooh.

In 2000, the channel “Put out the light!” Was broadcast on NTV for the first time. It was led by Lev Novozhenov, and animated by Stepan Kapusta and Khryun Morzhov, who were voiced, respectively, by Alexander Lenkov and Aleksey Kolgan. The sharp, topical transmission instantly won millions of fans. It lasted two years, receiving two TEFI, but then it was closed. Hot topics are not pleasant for everyone ...

In 1969, the daughter Katya was born in the Lenkov family. The girl from an early age knew acting life from the inside. Often she was on the set, and once even starred with her father - in 1990 in the film by Yefim Halperin "Sanit Zone". Catherine never became an actress, choosing the profession of an artist-designer for herself.

Ekaterina’s husband Dmitry is an electronic engineer. They gave Alexander Sergeyevich a wonderful grandson of Philip. Philip also does not show much interest in the acting profession, which, in fact, pleases Lenkova, because he is categorically against the grandson following in his footsteps: “This profession is SO dependent on luck! Not even talent, it depends on ... the case. From the CASE! .. ".