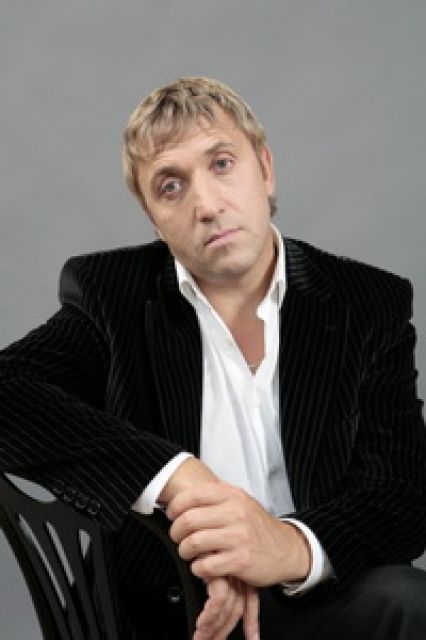 In 1972, he moved to Ust-Kut with his parents. In 1975, he graduated from the 8th grade, then entered the river college to study at the operational department. He was engaged in amateur performances, played in the orchestra. We went on a boat to Yakutsk with an agitation brigade, served ships, gave concerts.

When he graduated from college, he was drafted into the army. He served in a musical platoon, in the orchestra led a solo on a trumpet. During the service he came to Ust-Kut with a concert with the Trans-Baikal Military District. After the army he entered the Irkutsk Theater School.

He graduated from the Irkutsk Theater School with honors and received several invitations to the stage of famous theaters. The palm was given to Samara, where the formation of the actor took place along with the famous masters of the stage: Nikolai Ozerov, Yuri Demich.

Soon Akulich appears on Belarusian television, in the comic program “Field of Mars”, in the role of ensign. It was this image that became favorite among the Russian audience in the Army Store program. Oleg was called the best ensign of the twentieth century.

The artist - Oleg Akulich is interesting and multi-genre. He sings, moves, plays the piano beautifully and is very musical.

Today, Oleg is the “face” of Channel 1. It can be seen in almost all television comedy programs: Full House, Funny People, Saturday Night and others.

On the street they take autographs. The funny heroes of Akulich are really unforgettable. After all, laughter prolongs life. And Oleg’s conscience has a saved life. Once a woman approached him and said that, experiencing the difficult period of her life, she wanted to commit suicide. But, turning on the TV and seeing Akulich on the screen, she laughed a lot and, as a character of a famous joke, decided: “it seems life is getting better!”

Oleg is also known as a performer of comedic, and not only roles in series and feature films. Oleg Akulich appears in films and TV shows as an actor, from 1999 to the present.

The filmography and the list of TV and movie projects in which the actor Oleg Akulich took part or is participating today has about 37 works. Among the films, programs and TV shows of the actor that are worth watching, one can distinguish: Law (2002), Save the Boss (2012) and Eighties (2011).