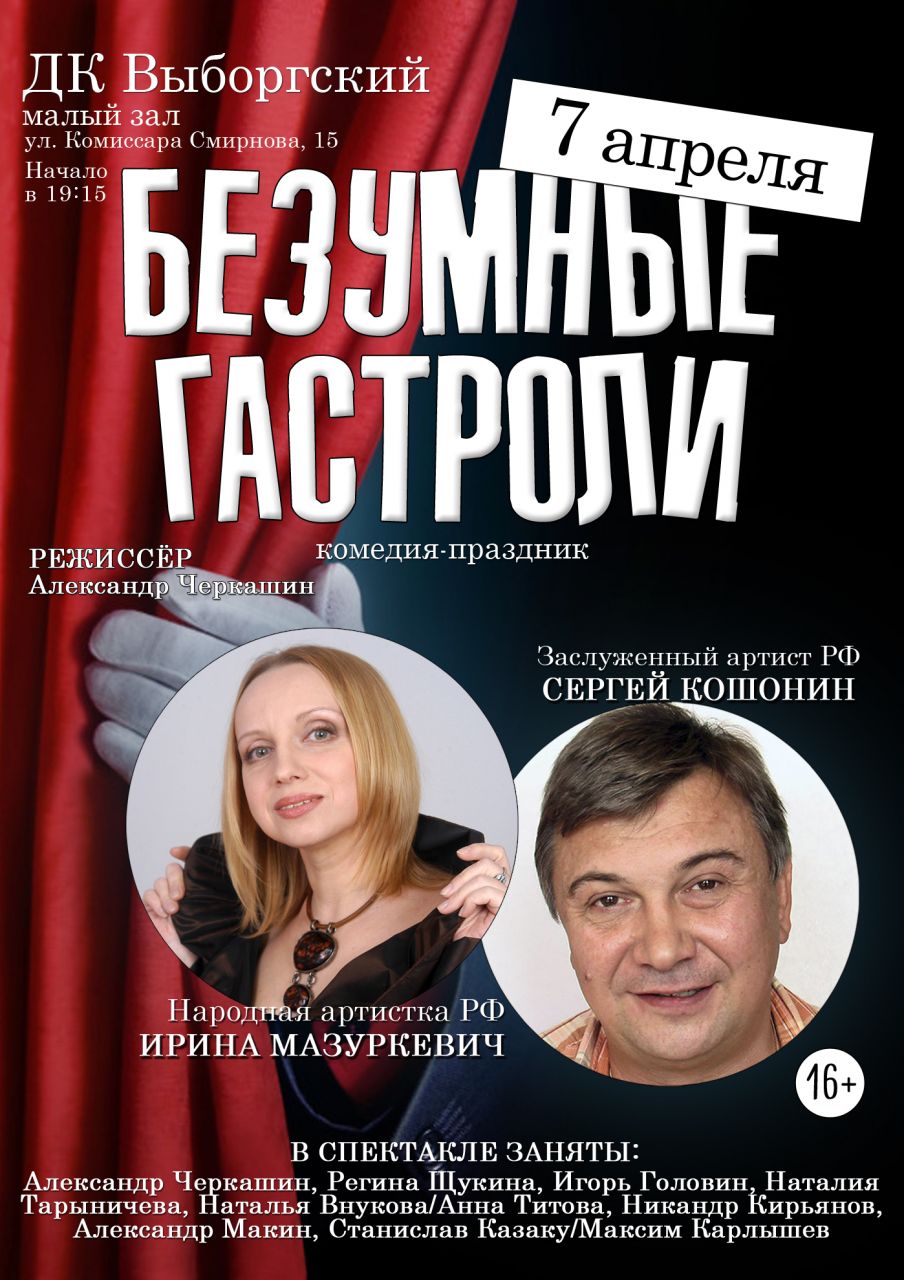 A bright comedy-holiday for a famous media artist (s) with the participation of a permanent cast of dramatic actors from St. Petersburg.

In the first act, several episodes from the "life of a provincial theater", a meeting of a "visiting" star and a preliminary rehearsal of the performance are played. The second act is a benefit concert of a famous artist (s), consisting of concert numbers prepared by a "star" with the participation of the actors of the "local theater".

In general, the whole performance is an ironic, funny, touching story about the life of the Actors. People dedicated to their work. This is a bright, dynamic, eccentric performance that will give a meeting with your favorite artist, will allow you to relax and get the maximum of positive emotions. The highest level of performing skills, dance and vocal numbers will not leave anyone indifferent.