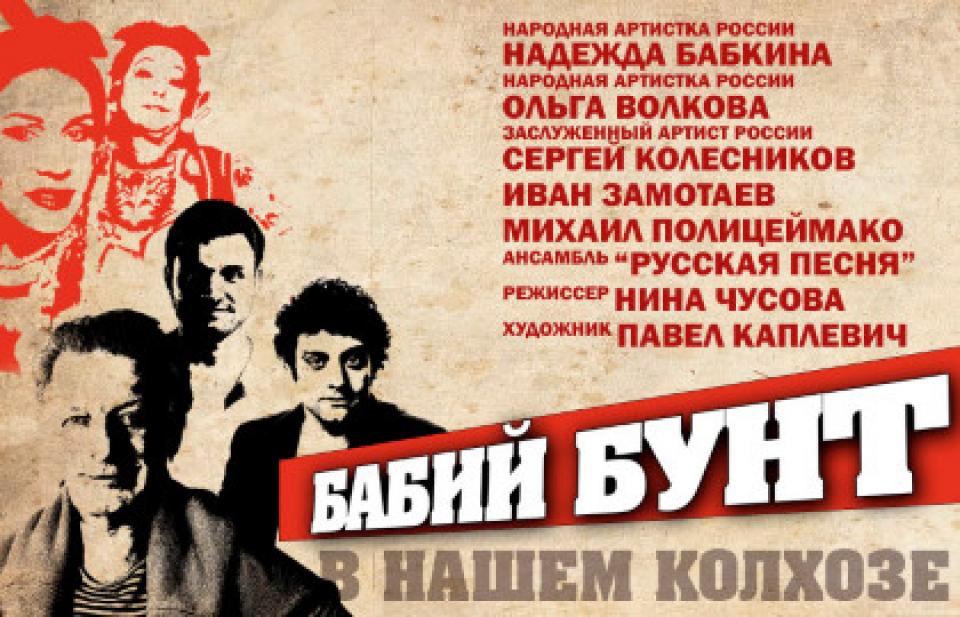 Baboon riot on our collective farm

Musical paintings based on the works of Mikhail Sholokhov

The performance “Baboon Riot on Our Collective Farm” is attended by the artists of the Russian Song ensemble led by N. Babkina, the Living Planet ballet, the Russian Seasons dance ensemble, and the After 11 group.

The 20s of the last century is a time when revolutionary ideals are slowly getting to the most remote corners of our country, the formation of Soviet power is in full swing. Progressive thoughts also don’t ignore the Don Cossacks - they are in the image of the “balamutka” and the rebel Nastya, a fighter for gender equality. Under her leadership, women gathered today and made a revolt in order to prove to their peasants that they are people too: they have rights and are worthy of respect. Spun, spinning in an instant collision, calm farm life on that and ended. The women of their men threw to their own devices and put forward ultimatums. Well, there’s something for it! A history has arisen here, the crown of which is unity and harmony for the sake of a peaceful life on its native Earth ...

Come to the play “Baboon Riot on Our Farm” to find out how the confrontation between men and women will end? Will they find a common language? Will the farm find peace and harmony?