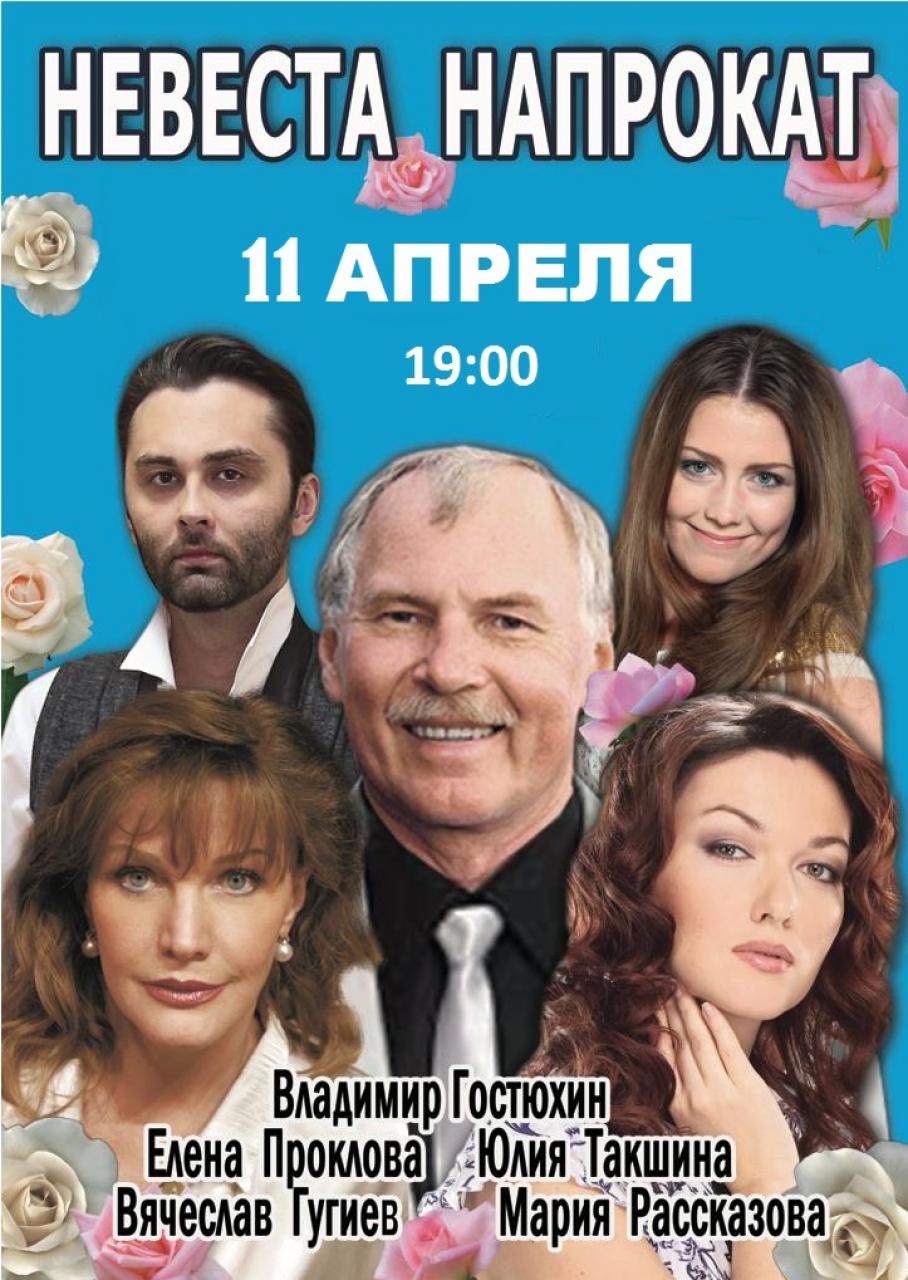 Light and bright, riddled with subtle humor and irony, comedy

“Bride for rent” is impressive from the first minutes and leaves a lot of vivid memories. And how could it be otherwise if such theater and cinema stars as Alexander Mikhailov, Vladimir Gostyukhin, Elena Proklova, Vakhtang Beridze, Julia Takshina and others are involved in the production.

The plot of the performance immediately tunes the viewer to a playful tone. At first glance, everything is simple. A young man cannot meet a girl with whom he would be ready to associate his life. He will meet with his father, with whom he had not seen for a long time. The young man wants to show his father that his life was perfect: he has a bride, a wonderful job ... What to do? The main character is visited by a brilliant idea - a bride for rent! A girl was found for the right role. But letting her into his house for a short time, the main character realizes that he does not want her to leave.

In the course of the play, many comic situations arise. Easy, friendly humor sounds throughout the production.

But behind this apparent lightness - subtly, ironically and even with some kind of trepidation, the problems of relationships between representatives of different generations are revealed ...

An unusual plot, a talented game and magnificent drama will appeal to any viewer!