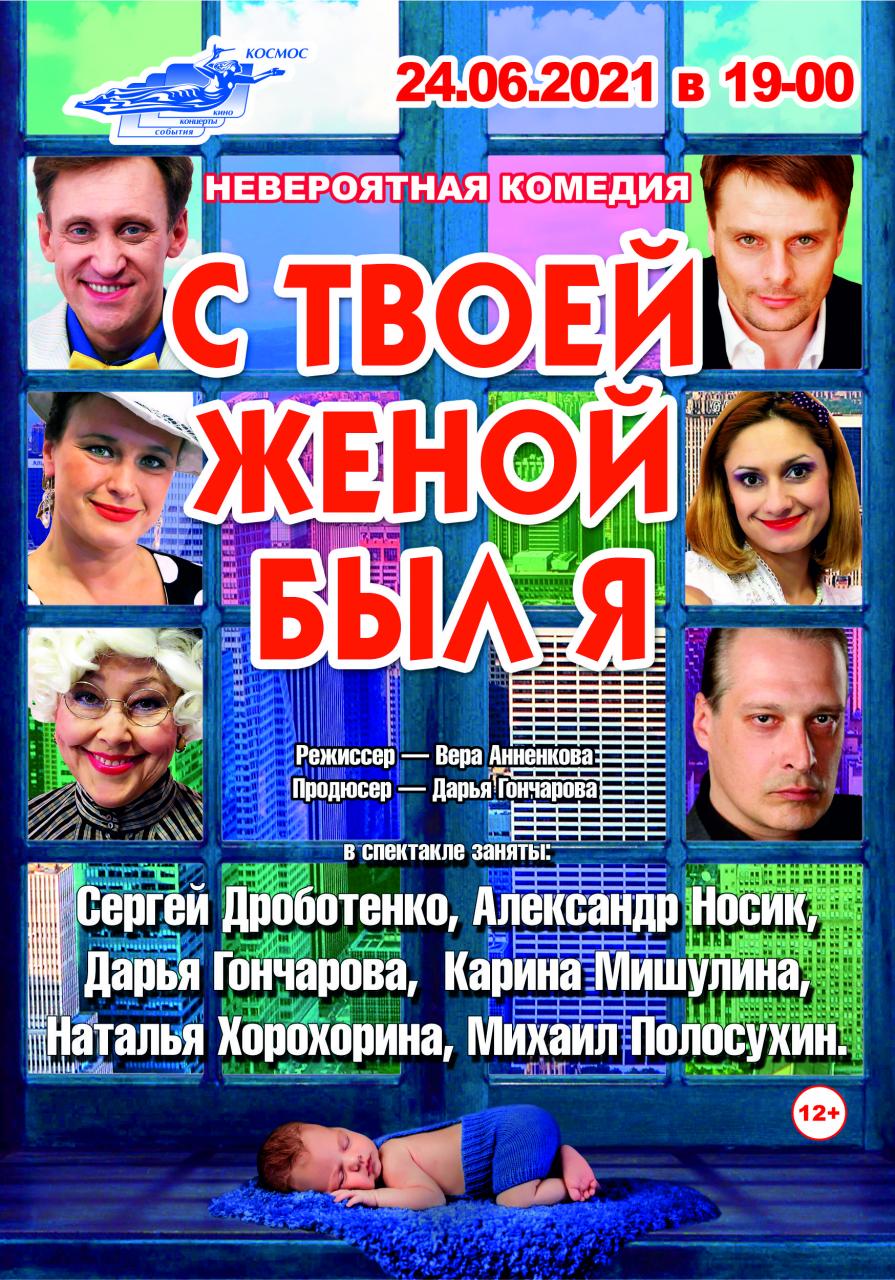 I was with your wife

It has long been known that a small lie creates great difficulties. It would seem that there is nothing special about having lunch at a restaurant with a family friend, but it's boring, no intrigue. Another thing, if it was a persistent admirer, or even a secret lover-that's a reason to cause jealousy in her husband! But who can imagine that an innocent deception will cause a series of problems that will start to snowball. And the only way to save the family will be the need to give birth to a child, or even two children, or even better three. That's just to do it urgently, for the return of the spouse after a long absence. But how to organize it, if there was no pregnancy in sight …
IT IS KNOWN THAT A WOMAN AND A TRICK ARE TWO INSEPARABLE FRIENDS!
This insanely funny eccentric comedy will make you laugh until you cry, and the musical design of the play will plunge you into the atmosphere of American life of the 50s.