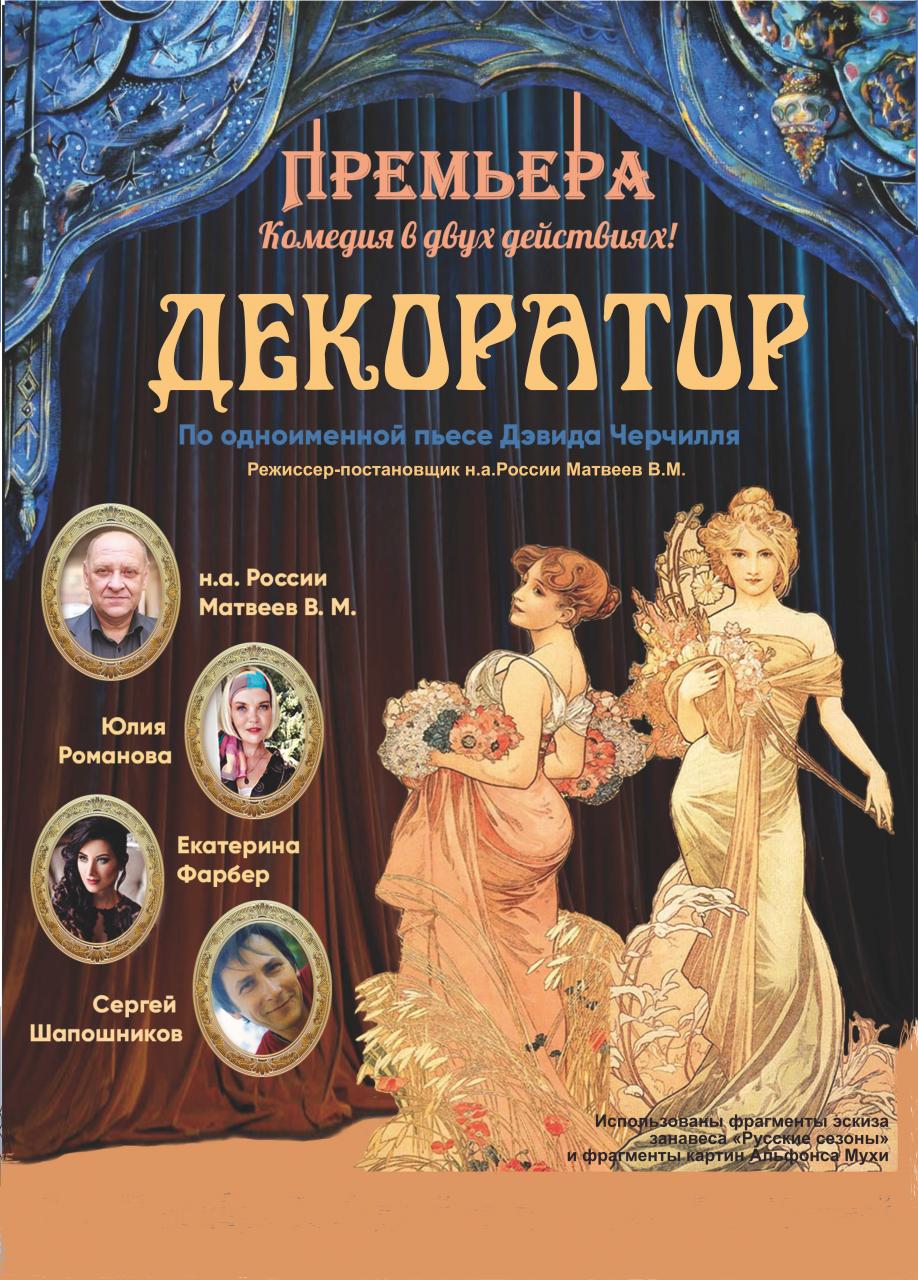 The most popular play written by David Churchill, staged in more than 25 countries -"The Decorator"!
Based on this play, our performance "Pink Mango and Blue Trafalgar"is presented to your attention.
The play was a success in Argentina, Great Britain, Bulgaria, Austria, Australia, Belgium, Estonia, Germany, Hungary, Italy, South Africa......
The theme of seduction, passion, deception, adultery, cunning inventions for salvation are vividly reflected in this performance. London middle-aged beauty Marsha has been having an affair for three years behind the back of her millionaire husband. The wife, her lover, Jane accidentally finds out about the betrayal and decides to teach her rival a lesson. After entering her house and making a scandal, she threatens to return later to tell Marsha's husband everything. Marsha is in despair and shock... By chance, work is underway in the house, on the restoration of furniture, by the decorator Walter, who was previously an actor. Marsha and Walter decide to deceive Jane by passing off the decorator as Marsha's husband. What happened from this you will see in the "Free Theater named after Countess S. V. Panina".
"Pink Mango and Blue Trafalgar" is an original comedy about revelations and infidelities. Director of Photography People's Artist of Russia Matveev V. M.
Cast-artists of St. Petersburg theaters: N. A. of Russia Vladimir Matveev
Sergey Shaposhnikov
Yulia Romanova
Farber Ekaterina.