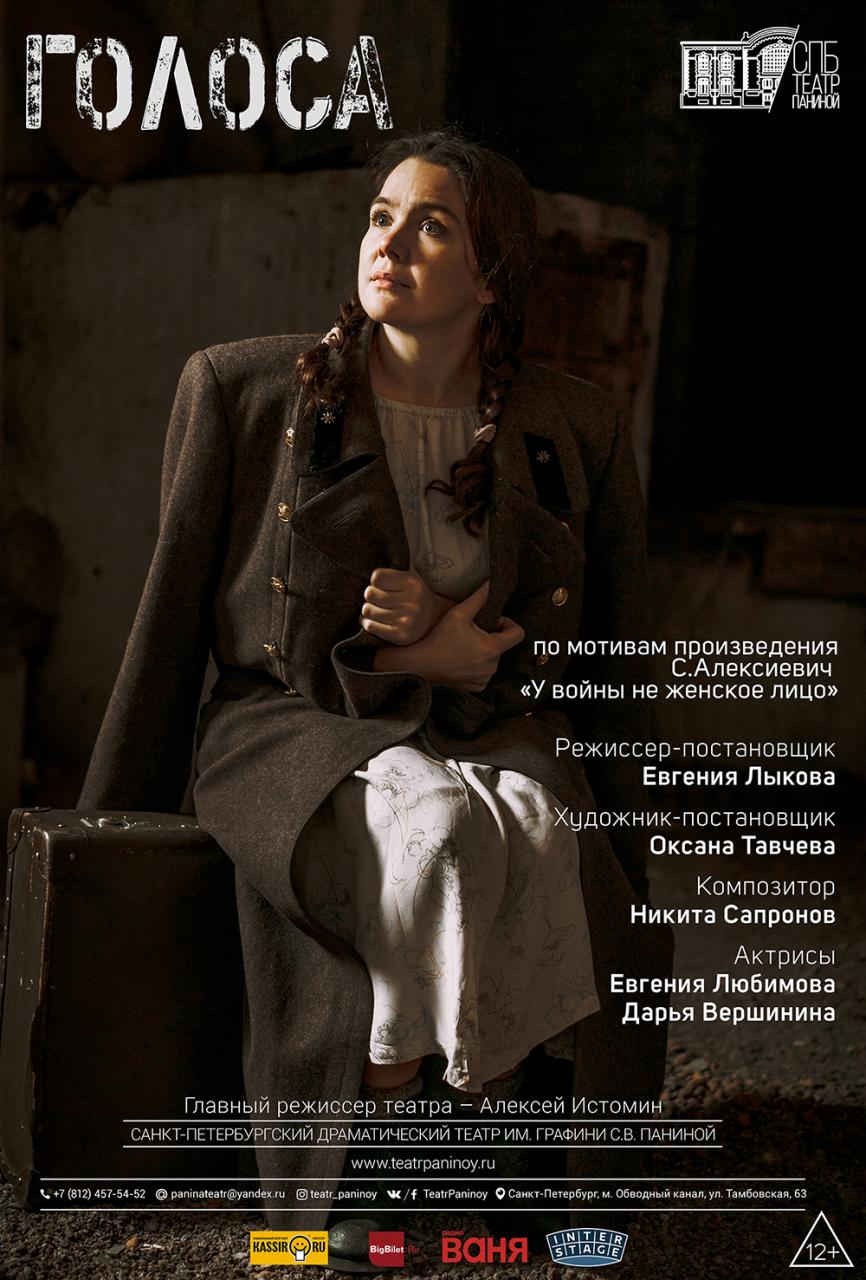 A one-man show based on Svetlana Alexievich's poignant book "War does not have a woman's face", which tells very personal stories of more than two hundred women about losses, hatred and at the same time about love and incredible faith…

This book has been staged more than once in the theaters of our country and always with the same success. Today, thanks to just one actress, the living VOICES of those who knew firsthand will sound: "Dying is the easiest thing. But to live...”