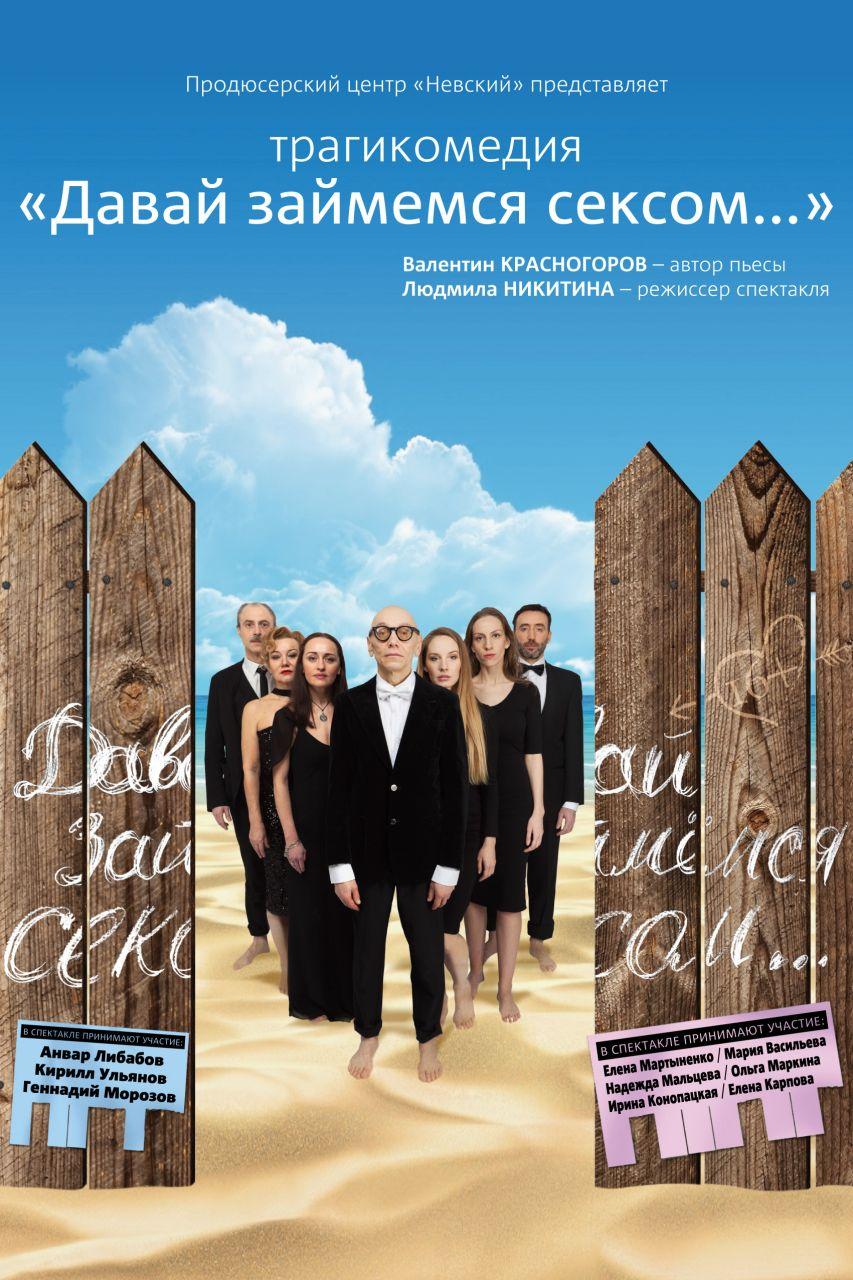 Duration: there is no data

Author of the play: Valentin Krasnogorov

In this strange comedy of the absurd, where one name already makes you strain, the characters speak and think, as if only about sex. But in fact, this play is much more complicated, tragic and funnier than it might seem from its defiant title. There are no sex scenes in this play at all. In a broad sense, it is not about sex at all. It rather makes us reassess the inviolability of our stereotypical ideas about any aspect of public and private life and understand the relativity of generally accepted norms of our behavior. She resists vulgarity and hypocrisy.

The play has the construction of a rondo and develops as if in a spiral, circle after circle going deeper into the contradictions of human thinking. Heroes come from nowhere and where they disappear. In the world of loneliness and general sociopathy, the characters of the play are looking for difficult solutions in difficult circumstances. The play “Let's have sex” makes the audience laugh through tears and see themselves and their problems in each of the characters in the play. How they will be resolved and whether they are resolved will be described by the new work of the Nevsky Production Center.