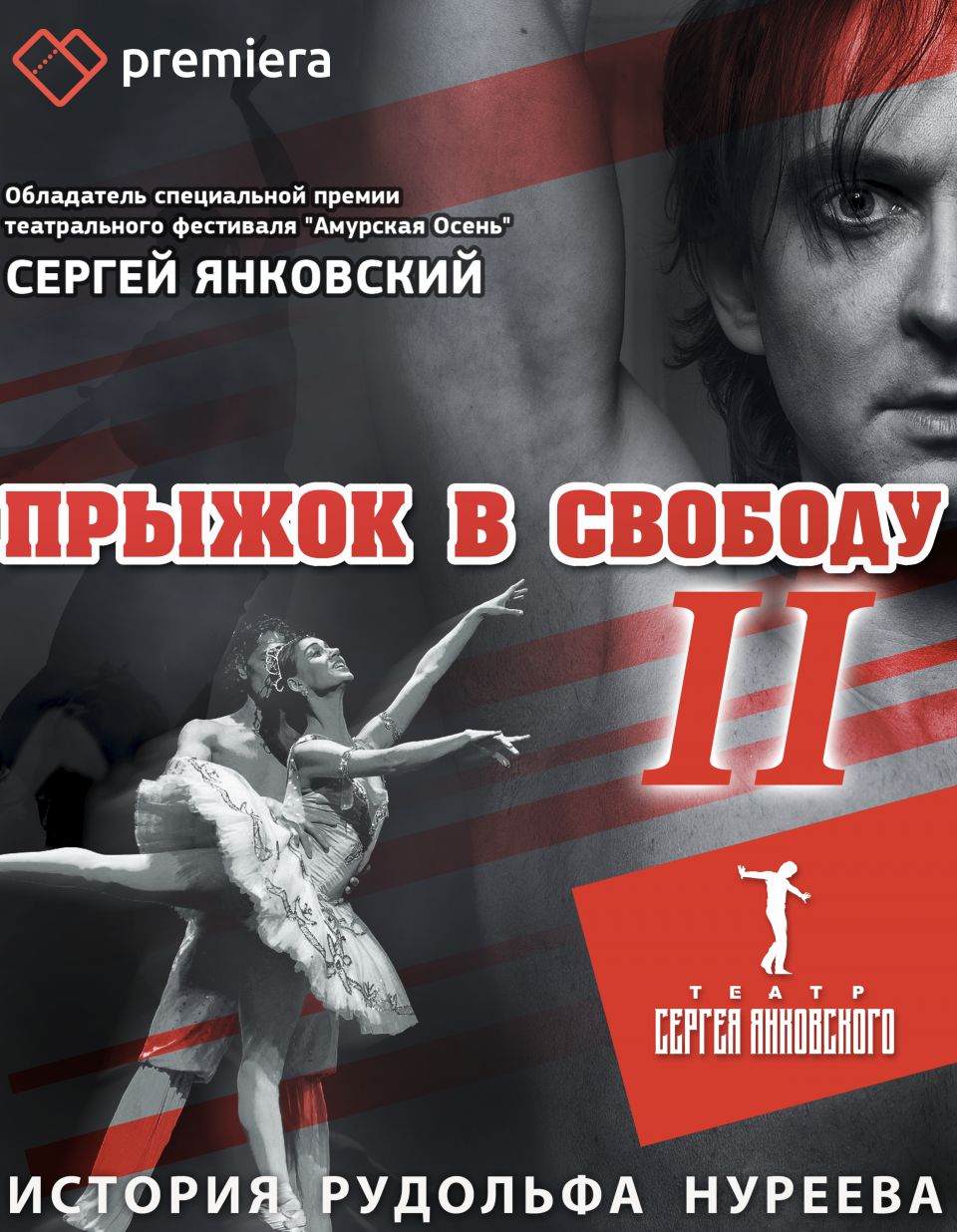 Leap to freedom. The story of Rudolf Nureyev. Part 2

Duration: 2 hours 10 minutes with one intermission

The Sergey Yankovsky Theater presents the continuation of the dramatic production of Leap to Freedom with the participation of ballet stars.

“Leap to freedom" is an amazing synthesis of theatrical and ballet art.

In this performance, viewers will see different Nureyev - a lonely boy from an evacuated family, an impudent student of a choreographic school and a confident master. The combination of plastic, classical dance, interaction with ballet dancers immerses the audience in the atmosphere of rehearsal halls, backstage life of dancers, a choreographic school and the best ballet venues.

The performance was released in February 2007 and was shown in many cities of Russia and abroad. The role of a brilliant dancer was played by the charming actor Sergei Yankovsky. In order to recreate the unique atmosphere of life, to reliably convey the image of a young full of strength and energy Nureyev, Sergey went to the ballet class and took classical dance lessons, adopting the style of behavior, habits of ballet soloists.

As Ilze Liepa said about him: “Sergey Yankovsky is a great imitator who gets used to the role so that I could not understand whether he is a ballet dancer or a dramatic one.” The apogee of these lessons was the scene of a classical dance lesson, which was created so that even knowledgeable people are sure that they are a ballet dancer, for this work the performer was awarded a special prize "For playing the role of Rudolf Nureyev" at one of the largest Russian festivals "Amur Autumn" .