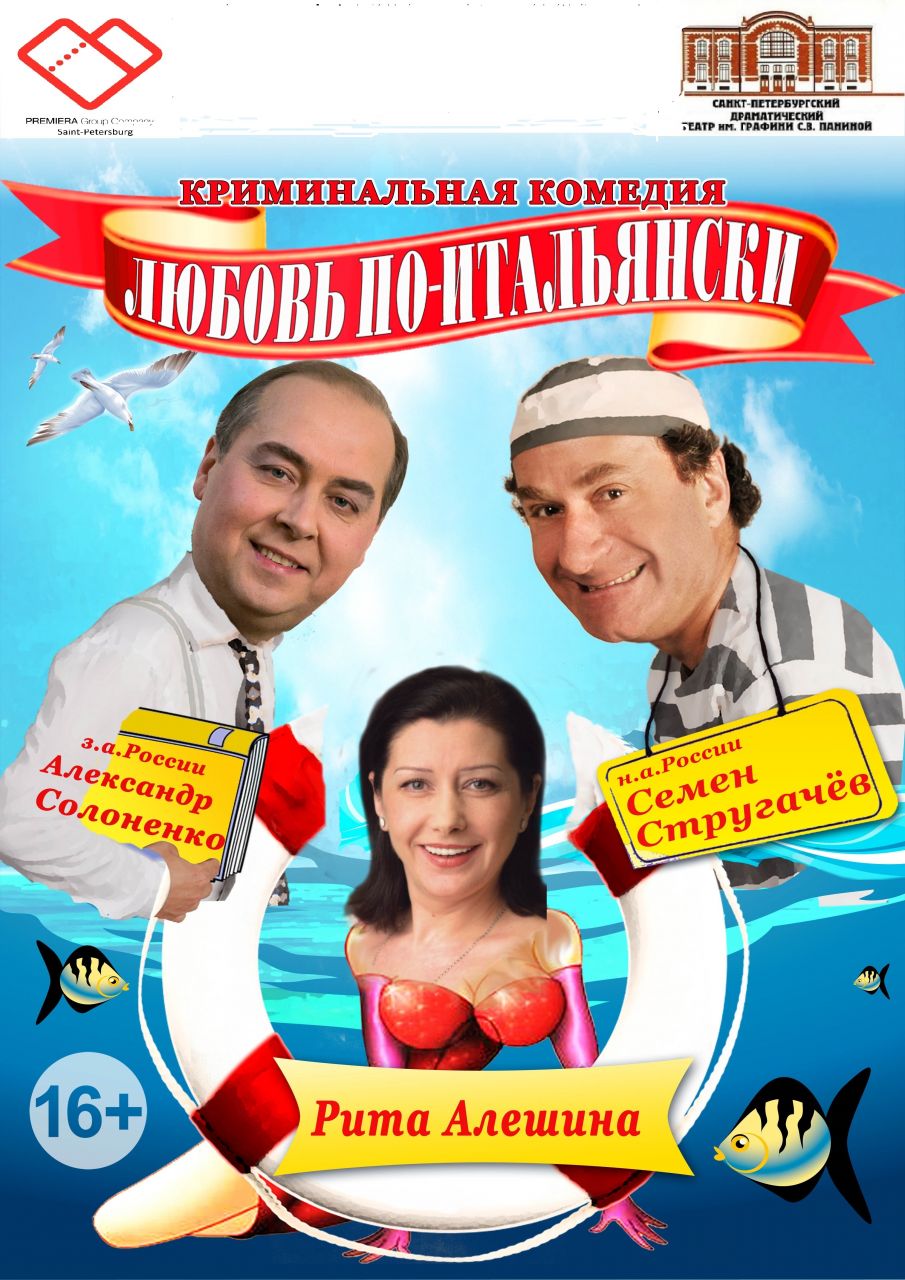 Duration: 2 hours 30 minutes, with one intermission

The play is based on a play by the Italian playwright Aldo Nikolai, who, in turn, took as the basis the work of his compatriot Dante Alighieri. The result was a burning mixture of satire and Divine Comedy, where instead of hell circles there was a beach, a trauma clinic, a prison and a madhouse. The place of the beautiful Beatrice, for the sake of which the hero went to hell, was taken in the performance by the blonde Eva.

This insidious lady conceived a terrible thing - she decided to kill her husband Mario. As partners, Eva takes her lover Bruno, who is ready for anything for her. But a well-thought-out plan turns into a complete failure when Mario and Bruno decide to unite behind her. Due to an unexpected alliance, the life of Eva herself is now in danger.

The comedy, amazing with its turn of events, will appeal to all viewers. A brilliant cast will bring a special charm to the production, making the evening unforgettable!